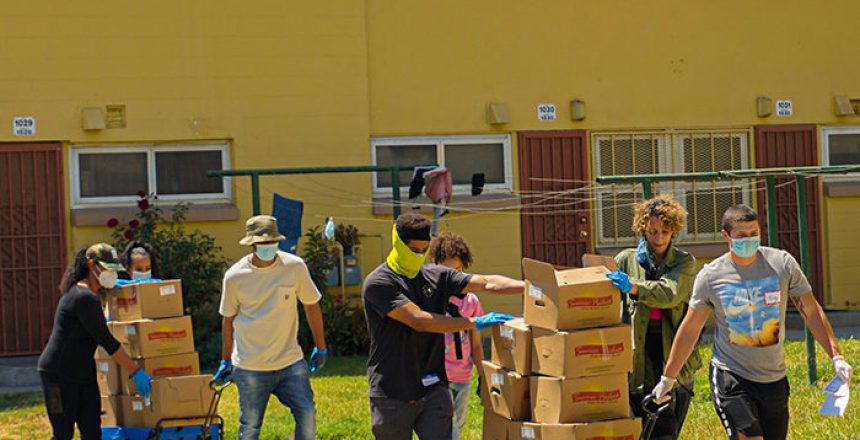 The Above & Beyond Food Distribution, hosted by hometown leaders Top Dawg Entertainment and Think Watts Foundation, was sponsored by Beyond Meat, the Harold Robinson Foundation, the Housing Authority of the city of Los Angeles, Aqua Equity Water, Community Healing Gardens, Godiss Love and Primestor Development.

They distributed the boxes and bags of food to residents of Nickerson Gardens, Jordan Downs, Imperial Courts, Gonzaque Village and Avalon Gardens.

Brandon “Stix” Salaam-Bailey, founder of Think Watts Foundation organized the event in two weeks. He said he wanted to do something special for the city, so he called his partners to help.

The Think Watts Foundation’s primary objective is making a positive difference for adolescents and adults raised in underprivileged communities.

The Housing Authority of the City of Los Angeles coordinates services for the14 public housing developments.

“It’s essential we do this together,” said Joel Lopez, who represented the housing authority at the event. “We have a large population of seniors, people with disabilities and families with young children.

“Some are unable to leave their home because of COVID-19, whether it be child care or sheltering in place. There’s a scarcity of food for areas like Watts, where you only have one or two supermarkets,” he added.